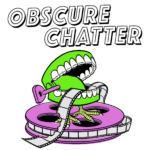 O.C.’s fourth episode has Terri settling in! Big thanks to Okratron 5000 in North Dallas for hosting us!

It’s our first animated feature film—not that you’ll ever know which one. Well, who knows? You could be a REALLY good guesser.

Join Dani and Terri as they do everything in their power not to sing along to [CENSORED].

SPOILER ALERT: As of this recording, neither Dani nor Terri could talk about their involvement with Discotek media and Sound Cadence Studios dub of Kemono Friends. The English dub was announced before the airing of the episode, so it was not given the [CENSORED] treatment.