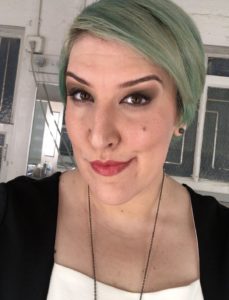 Terri Doty (Host/Producer/Editor/Creator) got her first taste of radio bliss alongside her buddy Emmanuel Castro in the 8th grade. She loved it so much that when the opportunity to team up with Castro again during their senior year of high school for the morning announcements presented itself—Doty couldn’t say yes fast enough.

The faculty of Hutcheson Jr. High and Sam Houston High have no idea what they helped unleash into the world.

Terri’s initial plan after graduation was to continue her education by focusing on acting. After her family begged her not to major in Theater, those times with Emmanuel sprung to mind. How much fun it was just to chat with a friend over the airwaves.

That’s right. Terri started her Radio/TV/Film degree in the hopes of becoming a radio host/producer. It took less than a week of interning at a radio station to realize it wasn’t what she’d hoped for.

But things have a way of working out! Her degree led her to an internship with FUNimation Entertainment.

Some 11 years later, Terri has been a part of numerous projects in and out of the booth—including anime, audiobooks, video games, visual novels, a sci-fi novel called One of Few and the podcast That Anime Show. 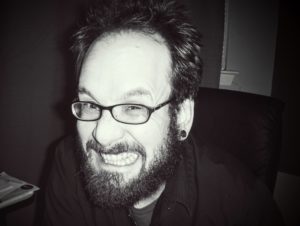 Stephen Hoff (Producer/Audio God/Co-Creator) has been perfecting his skills in all things audio for over 20 years.

Hoff began his journey by attending Media Tech (formerly known as Dallas Sound Lab) and interning at Eagle Audio. He’s one of several professionals consistently working in audio scene that got their start at Dallas Sound Lab.

After many late nights and much in the way blood, sweat and tears, Hoff switched his focus from live events to voiceover. He worked as a sound engineer for FUNimation Entertainment for 8 years on titles like Black Butler, Steins;Gate, Wolf Children, and Sgt. Frog.

Hoff posts a bunch of randomness via Instagram. Enjoy! 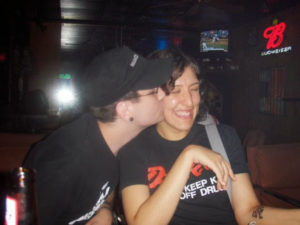 After meeting while both working at Guitar Center in early 2006, Terri & Stephen became friends. The two started dating many months later.

On June 11th 2009, they went to the courthouse and exchanged vows in front of family. The following day, Terri and Stephen partied it up zombie-style at Zombie Manor.

Since their humble beginnings, the Doty-Hoffs have still managed to work together. Their variety of work together ranges from live audiobooks to shows to video games and—of course—podcasts!